Here you will find info about current & past Warriors. The site is updated with new info & photos weekly. Thank you for visiting our site and please sign our Guest Book!

Final game of the season is Thurs. Oct 20th vs Brandon Valley in Brandon at 5 pm. Come support our Warriors!

On Monday, the Warrior JV team hosted Sioux City East and were victorious after a back-and-forth game.  The Warriors received the opening kickoff and were able to score on their opening possession after a Harrison Ward touchdown pass to wide receiver Carter Akkerman.  Fin Iveland was successful on the extra point.  Sioux City East would proceed to score and convert a successful two-point conversion to go up 8-7.  After half time, the Warriors would take the lead after a quarterback sneak by Harrison Ward.  Runningback Jeremiah Oman was able to run in the two-point conversion to put WHS up 15-8.  Sioux City East responded with a touchdown of their own but were unable to secure the two-point conversion, which brought the score to 15-14.  In the fourth quarter, Washington was able to close out the game by scoring two additional touchdowns.  The first was a 55 yard touchdown run by runningback Javin Augustus.  Fin Iveland was successful on the PAT attempt.  Finally, the Warriors closed the game out after a 60 yard touchdown run from Quarterback Harrison Ward.  Fin Iveland was successful on the PAT attempt.
FINAL Washington 29 - Sioux City East 14

Parent Emails: Parents, fans, and players if you want to receive updates via email please send your information to whswarriorfootball.com and we will add you to the email distribution list.

"What a great clip! It pumps you up for another great season!"

It felt like another "Warrior" game as Coach Hermanson was the defense coach for the South Team that included 4 Warriors: Matt Hermanson, Brandon Mohr, Serkaut Aware, and Kenny Fiddler. It was great to see all four of them take the field one last time together! Their talents shined as Hermanson and Fiddler made big hits on defense, Mohr continued to plow through the line gaining major yards, and Aware making the first big interception of the game. After each major play looking at Coach Hermanson you can see how proud he was of his players. South ended up sweeping the game with a big win 37-0. Coach Hermanson was also recognized for his 30 years of coaching. Congrats to you all! Below are photos from the game.

WHS Varisty: Done for the season

JV: Done for the season

FRESH: Done for the season 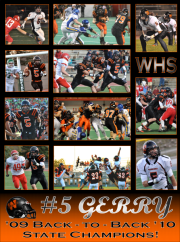 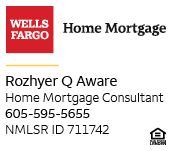